Testimonial: A big advantage of the Irriot system is the autonomous control and especially the simple installation

To spend a fortune on digging down expensive wires and hiring electricians just to end up with a fragile wire based irrigation automation system is fortunately a problem for the past. Here is a testimonial from Lubera, a nursery in Switzerland who purchased the IRRIOT system from our German reseller Hermann Meyer.

Lubera AG, based in the St. Gallen Rhine Valley in Switzerland, mainly produces fruit and berry bushes, vegetables, roses, and some decorative shrubs on about 15 hectares, including about 4 hectares of container area. Thanks to variety breeding in the fruit and berry sector, mainly own varieties are produced here. 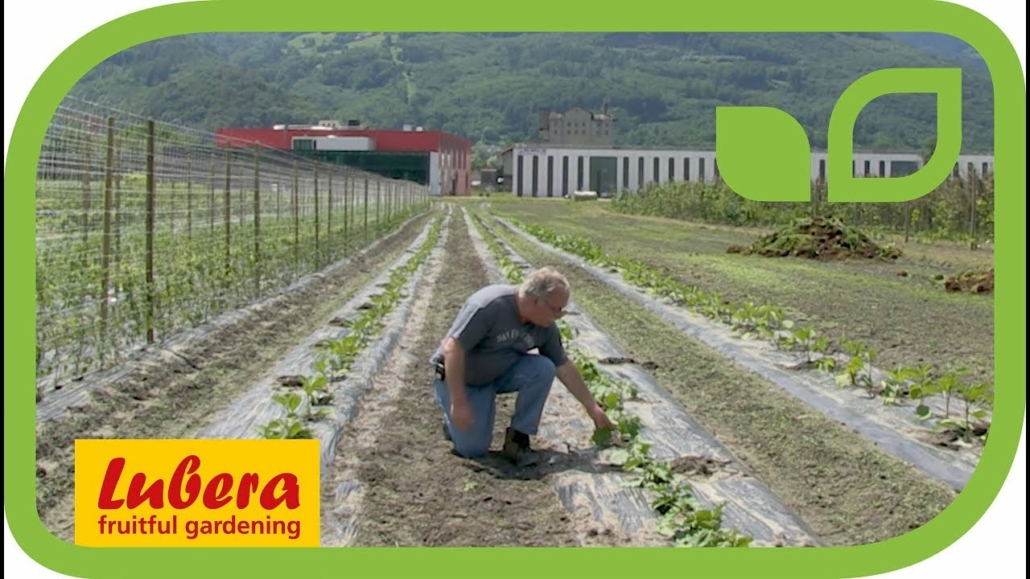 The container nursery, which was launched about 25 years ago, has been expanded again and again. Due to the ongoing expansion steps, the analog irrigation control system was also continuously expanded. This resulted into the problem that at the most distant container fields the voltage for the solenoid valve control was partly no longer 100% sufficient and unreliable opening of individual valves occurred repeatedly. The irrigation system includes a total of about 70 solenoid valves in the container operation.

We looked for several possible solutions to this problem. However, most approaches would have required costly rewiring, larger copper gauges, or fiber and 230V supply in the nurseries. In addition, we were discouraged by the amount of digging required in the existing container yard and the enormous amount of workman (electrician) hours.

Finally, the solution was provided by the recommendation and presentation of the IRRIOT system, which is self-sufficient and does not require a power supply.

The idea is simple: External control units are supplied with power via solar, the control from the central control unit is done via radio. The system is controlled by a computer or smartphone app.

First, we started to upgrade and test the most remote fields with the most problems.

The installation was quite simple and could be done by ourselves. We installed the base station, mounted the radio transmitter above the greenhouse roof and connected the station to WiFi and 230V power.  Then we set up our Irriot account.

Since our old irrigation controller was equipped with AC valves, we also had to change the valves. These were then connected to the RTUs. Afterwards one can start in the Irriot app to set up the irrigation programs and control the valves.

A big advantage of the Irriot system is the autonomous control and especially the simple installation, which does not require an electrician and can be done by a “simple” gardener without much prior knowledge.”

The app appears a bit confusing and unfamiliar at first, but you will quickly get used to it. The operation is quite intuitive.

After testing the first conversion stage for about 2 months, we decided internally to switch the entire irrigation control to Irriot. The system has been in operation for a few months now and is running without any problems.

A big advantage of the Irriot system is the autonomous control and especially the simple installation, which does not require an electrician and can be done by a “simple” gardener without much prior knowledge.

The Irriot app is still a little confusing. You can not immediately see which programs are all set and you have to open each program individually to change their settings. The maximum number of valves per program is also limited. This means that different programs have to be started one after the other, which is not adjustable, except via the start time.

But overall we are very satisfied and are glad to have made this change.

This site uses cookies. By continuing to browse the site, you are agreeing to our use of cookies.

We may request cookies to be set on your device. We use cookies to let us know when you visit our websites, how you interact with us, to enrich your user experience, and to customize your relationship with our website.

Click on the different category headings to find out more. You can also change some of your preferences. Note that blocking some types of cookies may impact your experience on our websites and the services we are able to offer.

These cookies are strictly necessary to provide you with services available through our website and to use some of its features.

Because these cookies are strictly necessary to deliver the website, refusing them will have impact how our site functions. You always can block or delete cookies by changing your browser settings and force blocking all cookies on this website. But this will always prompt you to accept/refuse cookies when revisiting our site.

We fully respect if you want to refuse cookies but to avoid asking you again and again kindly allow us to store a cookie for that. You are free to opt out any time or opt in for other cookies to get a better experience. If you refuse cookies we will remove all set cookies in our domain.

We provide you with a list of stored cookies on your computer in our domain so you can check what we stored. Due to security reasons we are not able to show or modify cookies from other domains. You can check these in your browser security settings.

These cookies collect information that is used either in aggregate form to help us understand how our website is being used or how effective our marketing campaigns are, or to help us customize our website and application for you in order to enhance your experience.

If you do not want that we track your visit to our site you can disable tracking in your browser here:

We also use different external services like Google Webfonts, Google Maps, and external Video providers. Since these providers may collect personal data like your IP address we allow you to block them here. Please be aware that this might heavily reduce the functionality and appearance of our site. Changes will take effect once you reload the page.

The following cookies are also needed - You can choose if you want to allow them: